The Conceptual Art of Gabrielle Callan

Reviews of "The Pass" 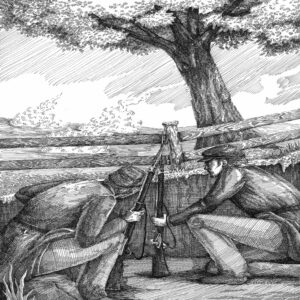 Keefer O’Connor was a brilliant New York City Police Detective. When the Civil War erupted, he answered the call of duty. During the Battle of Antietam he earned a battlefield promotion rising to the rank of Captain. Now recognized as a brilliant military strategist, he is recruited by the War Department for a very important mission.
Being a surviving member of the ‘Fearless Sons of Erin’, he is immediately transferred. Now Special Agent Keefer O’Connor must blaze a trail from Washington D.C. to San Francisco to uncover the real life plot to turn California sympathy towards the Confederacy.
As he leaves his friends in New York, ride along and follow Keefer on his trip as he struggles with everyday life on the trail, avoiding the K.G.C., Confederate spies, dealing with the unusual gifts that he has never wanted, and tries to survive the infamous Donner Pass.
In this first installment, Keefer and his party, Sarah and Hunter, are just beginning to unravel the evil that awaits them in The Pass.
Get ready to embark on the very first covert military mission, that never ever happened!